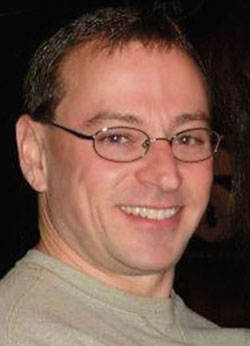 Rodney Lacroix is a comedian, father of two amazing kids, reluctant 40-hour-a-week software engineer and best-selling author. In 2013, Rodney was awarded an NGI Book Awards Medal for his memoir, Things Go Wrong for Me. This beautiful medal is currently on display around his neck because he has not taken it off since receiving it. Also he’s not very humble.

Rodney firmly believes that fabricating grandiose tales about one’s self makes a person more impressive. That’s exactly what he told Playgirl Magazine when they did a 4-page nude spread of him.